Debian Social Contract point 3: We will not hide problems.

github/
twitter/DebianCommunity
editor@debian.community
Yelling is not the same as mediation, and I think it would be all too easy to hear what we did as yelling.... Sam Hartman, Debian Project Leader 2019-2020

What is the scandal about the Mollamby Debian Developer Certificate?

We can see that in the logs of the Debian keyring, the Debian Project Leader's girlfriend, Molly de Blanc, was added to the Debian Developer non-uploading keyring in December 2018.

If you assume she had to give her previous employer, the FSF, one or two months notice, then she probably received the GNOME job offer in January or February. Take another step backwards and it appears she was in the process of making job applications in December 2018.

It appears that the DPL's girlfriend was promoted and given that holy DD status at the very time she was looking for a job.

I don't know how to code, but I do have blue hair.

Please don't rush to criticize her though: that disclaimer on her Github profile is refreshingly honest and de Blanc deserves to be commended for it. It is those around her who need more careful scrutiny.

The questions on everybody's lips:

McGovern expressed support for de Blanc without denying the conflicts of interest.

While de Blanc might be capable of doing the job, there are thousands of other volunteers and non-developers out there who might also be equally good or better at this role. Why didn't they have the opportunity to apply?

Ironically, McGovern's email accuses the person asking the question of being divisive. Yet just weeks later, Neil McGovern played a key role in one of the most divisive events in the entire history of free software, ambushing de Blanc's former boss, Richard Stallman, using his GNOME title to add weight to an anti-RMS attack blog. 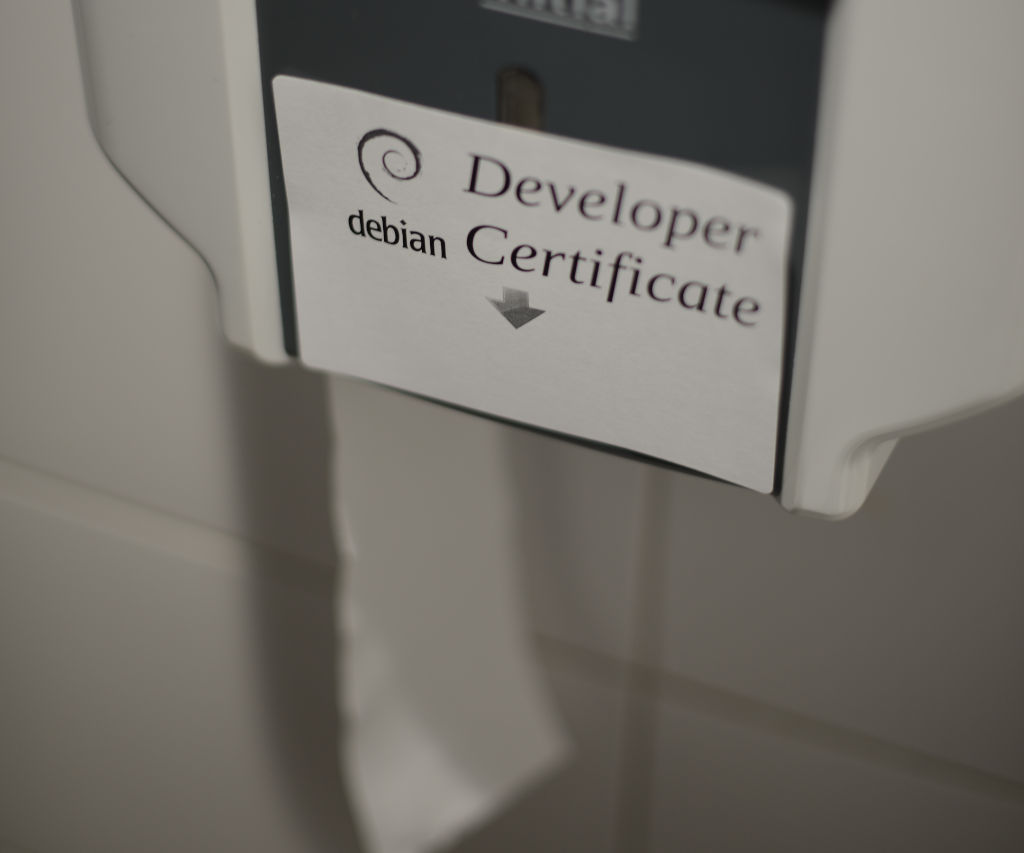